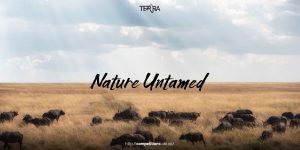 PREMISE
Evolution and origination of humankind have been cradled by planet earth and its range of living species. We formed a part of the ecosystem which coexisted with all other forms of fauna that. Since the period of evolution began, humans attained complete consciousness in a shorter span and an inevitable era of development, changing the scenario of the natural environment.

Gradually the changing relationships of the elements, namely ecosphere and humans reiterated their composition in the environment. There was a detachment established in the wake of development. The alliance we shared was not symbiotic anymore, creating invisible barriers that had never existed previously. The distance that grew with the thriving urban domain has now asymmetrically depleted the wildlife and its diversity.

The virtual walls that built two different environments have in a way protected and preserved the wildlife. Should the disassociation that has been built parallelly be existing as well?

Eventually, the unprecedented growth leads to the creation of a barrier that protected them from their depleting habitat. It was necessary to maintain limits to prevent a complete override by humans. The growth trajectory of humankind that we see today is inevitable which initiated this shift in the ecosystem.

National Parks, Wildlife sanctuaries are refuge created for preserving the Fauna and Flora where the Animal diversity thrives. Such regions also house unplanned interfaces to allow us to percolate which are commonly human-centric that needs to change. A permanent solution to balance nature and mankind needs to be re-established without keeping a man as the center of the design intervention. Instead, we need to suggest a common ground for all i.e. Man-Architecture and Nature.

Can this be a converging point between the two acting as a virtual podium for them to blend in the environment while they interact silently?

A permanent solution to balance nature and mankind needs to be re-established without keeping a man as the centre of the design intervention. Instead, we need to suggest a common ground for all i.e. Man-Architecture and Nature.