Hourglass – A beacon of climate change

Hourglass – A beacon of climate change 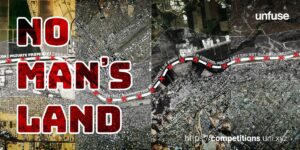 After 200-300,000 years of our presence on the planet, we have evolved and raced ahead of other species in no time. In an inevitable evolution to survive and thrive, humans (homo sapiens) have come to the age of advanced technology and lifestyle. In this trail of the progress, we have caused the past century’s warming of the earth, by releasing gases that trap heat energy in the atmosphere.

These gases, known as greenhouse gases are now at their highest levels than they have been in the past 800,000 years. These greenhouse gases cause a rise in the Earth’s overall temperature causing “Global Warming”.

This gradual increment in temperature has now paced up to an alarming level where the natural calamities like droughts, floods, cyclones, etc. have increased by staggering numbers.

The forest fire that started in Brazil, Lebanon, and Indonesia are some of the most recent incidents and a live example of mass destruction caused by human lead activities. It was widely shared through digital media and caught the attention of the crowd immediately, unfurling a wave of protests and uprisings. Various scientists and Climate Activists have now claimed that the planet has reached its threshold of sustaining life and it is the tipping point of a mass collapse. It has been triggered by climate change that has been happening over the decades.

Since the damage has been done chronically the initiative to undo the damage must also be at the same pace and efficiency, so how do we create a sense of awareness and prepare for a future that does not diminish soon.

Can a physically built memoir of the earth help create a sense of awakening?

In an attempt to create a worldwide acknowledgment of the planet’s deterioration the participants must envision a memorial for the Earth, which would be more than a monument. It can be a dynamic reminder of great changes taking place across the world and at the same time be an object for the future of human civilization.

Minimum eligible age for participation is 18 years.
There is no restriction to the degree or design disciplines to participate in the challenge.
Participation in the competition can happen in a team as well as an individual.
Maximum numbers of participants in a team are 4