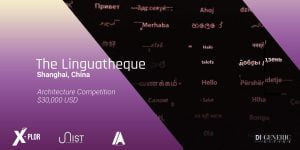 The 21st century is known for the age of globalization. The process of urbanization in cities, the interaction between people and integration among businesses & society are no longer driven just by local forces. It’s a well-known fact that data-driven technologies are playing a major role in shaping us and the kind of cities we live in today.
These forces of technology, for all the good they are doing well to us on one hand and are powerfully speeding up the homogenization of culture in the other. This force of technology in the world we live in today has been there for quite some time and seems to be unstoppable. Cities have been seen as an incubator for creative ideas and human evolution in the past. However, with our technological evolution, the question one must seek is retaining this distinct identity of a city as an incubator of creative ideas in the next century.

If skylines around the world are looking too much the same, is this because the new and important buildings are done by the big names (designers) from far away and not by the locals or the opposite is true? Not only skyscrapers but, museums, civic center, concert halls, bridges, libraries, opera houses all give cities part of their identity. This makes us ponder, that how do we reclaim our cities to stand out from each other in the next centuries. What are the urban programs that can be useful to the inhabitants and can architecture be an icon instead of an object?

The 21st century is known for the age of globalization. The process of urbanization in cities, the interaction between people and integration among businesses & society are no longer driven just by local forces.