Architecture Competition to Conceive a Parliament: One World – Imagining parliament for an unified world

Architecture Competition to Conceive a Parliament: One World – Imagining parliament for an unified world 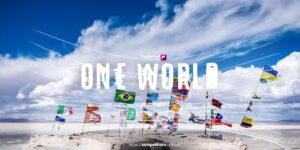 PREMISE
The notion of a nation and sovereignty was established around the 16th Century when the European States wanted to end decades of war to sign a treaty and followed the principle of territorial integrity. Years of war and destruction of humanity had convinced the leaders to look for a permanent resolution. Since then proponents of the world government have been offering distinct reasons for why it is ideal for a political organization to have a single governing body. They believe humanitarian crisis, climate change, natural calamities, terrorism, pandemics, and economic meltdowns, are only some of the issues in a pool of crisis that could be solved better with a global involvement on common ground.
In a world with a diversity of billions can a single entity address it all?

CHALLENGE
The concept of “One World” began with the idea of having a supreme power that controls all under a single political authority. So far it has not yet existed in human history but has been a farsighted ambition of ancient rulers to conquer the world to rule, although it was not aimed at the greater good but power.
Ideas of the world government constitute exercises in utopian thinking. A political agreement on a scale this large would be one of the biggest challenges to overcome. A gradual dissipation of power and ideologies can be expected in the realist approach, where the sovereign states have joined powers, to share knowledge and move ahead together.

Can One World overcome this?

The challenge here is to conceive a parliament for the future world. It would accommodate the results of a balanced thinking where the current calamities have been vanquished by human intelligence and we are now looking at more universal and cosmic challenges.

International Competition for the Development Plan...