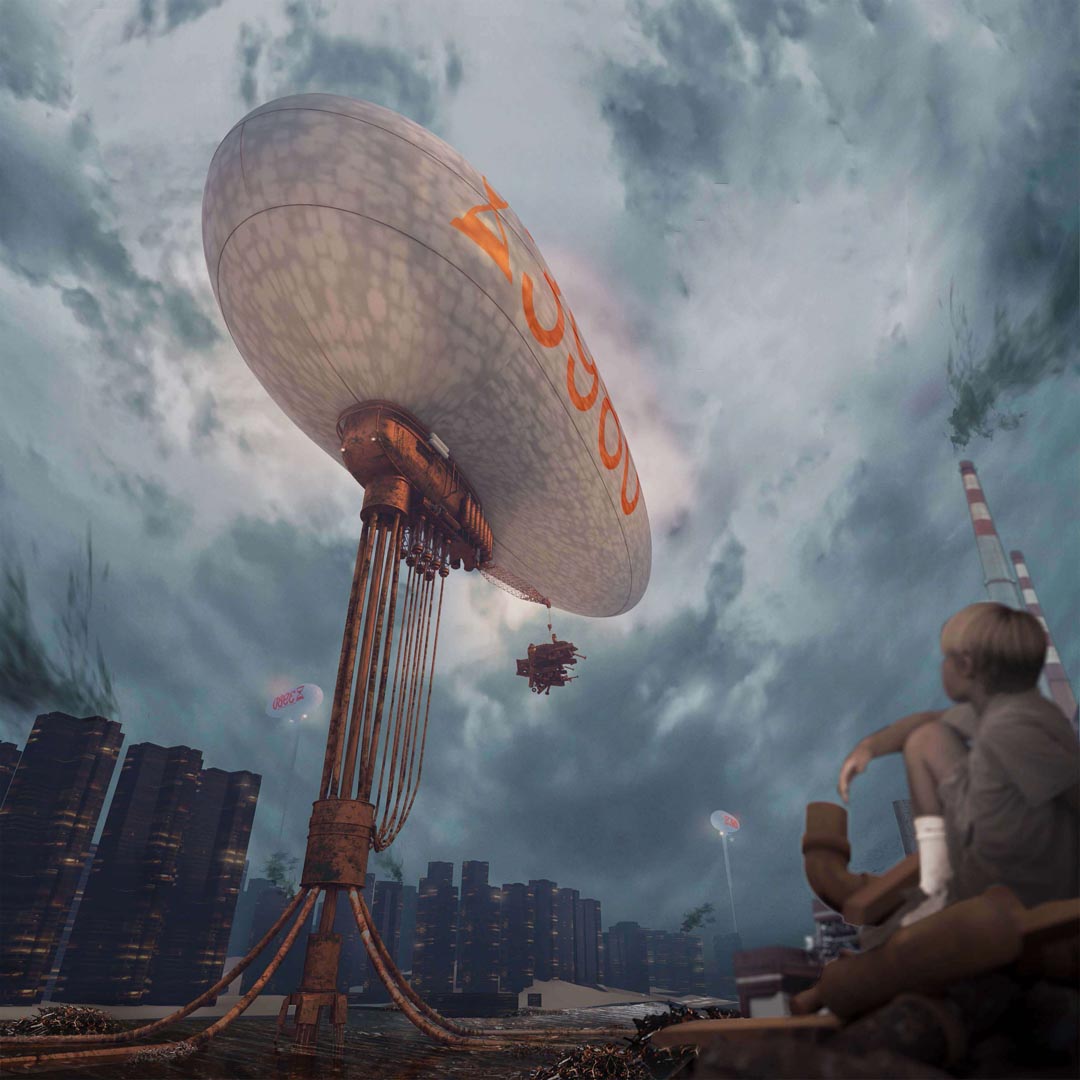 Epidemics. Wildfires. Cyclones, drought, floods and mass extinction. This isn’t a sci-fi apocalypse any more, it is the nightly news. Scientists have been raising an alarm about climate change for many decades and we now have only a few years left to slow down global warming. We could hit the 1.5°C warming threshold as early as 2030, according to the Intergovernmental Panel on Climate Change (IPCC) after which things would start to get dire.

With the building sector contributing nearly 40% of the annual global CO2 emissions, architects have a huge role to play in the war against climate change. We, at Charette, intend to spark a conversation on issues like climate change through design dialogue.

Charette invited ideas from architects across the world through an international architecture design competition – Alternate Realities 2022. The participants explored a wide range of possible scenarios for the future aiming to send warning signs to the world against climate change. Some architectural visions painted a riveting picture of the post-apocalyptic world where the human species have been wiped off of the face of the earth while others presented a hopeful future where humans have evolved to adapt to the changing climate. The one proposal that stood out among them all aimed to develop a series of “healing buildings” that specifically functioned to clean and purge pollutants on earth.

We are proud to share the works of the winners of this year’s edition of Alternate Realities and we strongly believe that these visions shall inspire architects all over the world to join the movement against global warming. The complete results, including the winners, the honourable mentions, and the top 30 shortlisted entries can be viewed here – https://theCharette.org/alternate-realities-2022-results/

MEDICAL CERTIFICATE
Lau Yee Mu, Ang Hui Yi, Melissa Ho Er Shwen & Chia Hui Yen from Malaysia secured the First Prize with their vision. As climate change is one of the biggest challenges that we are facing now. They thought of developing a series of “healing buildings” that specifically functioned to clean and purge pollutants on earth. Inspired by the principles of medical treatments that are used on the human body nowadays, their team tried to treat the earth as a human patient and develop the pollutants-purging buildings as a special kind of medical apparatus. The Jury particularly liked their creative ideas which were well explained by the images along with the sarcastic tone in which the project was narrated.

Lingas Tran & Grant Li, from Australia, won second place. The particular issue within the theme was prompted by a news article that had detailed the witness accounts of the rapidly melting Thwaites Glacier in Antarctica. The ambition of the project was not to cast the audience into fear or panic with no sense of hope. On the contrary, it’s used to sober the audience’s judgement about what is important by instilling convincing images of an alternative reality of a post-apocalyptic world.

The jury appreciated the fact that the images support the story outstandingly; they are very convincing and evoke the feeling of dystopia. “This series of beautifully rendered, albeit dark, images depicts a post-apocalyptic world, one where machines archive the story of mankind, leaving open the hope that our story might be rekindled in the future.”

M.A.N.T.S.
The third position in the competition was secured by Anik Kumar Chanda, Mohika Proma Sikder, Tanzid Noor Rafi & Md. Tanvir Ahmed Kintu from Bangladesh. Inspired by Dmitry Glukhovsky’s novel Metro 2033, in which humanity’s last hope lies in Russian metro stations after a nuclear apocalypse. Their idea explores the genetic modification of humans into M. A. N. T. S. to improve their chances of survival. An alternate world has been envisioned in which humans must adopt the survival skills of ants and spread underground urbanism. They start living in underground structures, such as Voronoi, designed by architects out of raw materials and ruins.

The project shows an alternate reality where humans no longer prioritize identifying themselves as individuals, but they work as a team to make the world liveable again. It is also a message that humans have the ability to resist extinction, and they introduced architecture as a key to this. The jury loved how the concept is well-explained through the renderings and found the design very convincing.

ALTERNATE REALITIES| AR 2022
Alternate Realities is an annual competition and will be released again in the summer of 2022.

Do you like it? You can vote on each of the images

Results of the DOM3 Architecture Competition

Winners of the Competition Plan Revel

Results of Site Convent: An International...