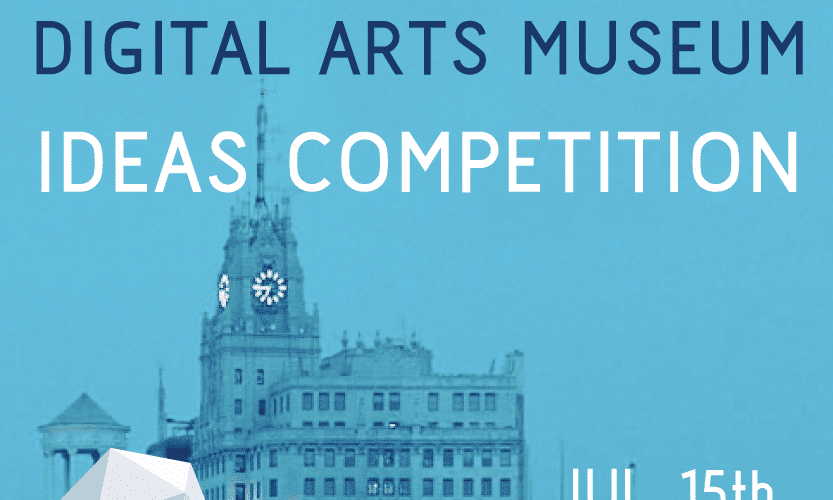 In the past few months participants were motivated into answering how Digital Art would impact the real world, through a Museum in Madrid.
The MADRID Digital Arts Museum COMPETITION was successful in providing a platform for discussion, interaction, questioning the uses of vacant urban spaces, the social impact of a Museum, a group of ideas that now make it closer to a reality. From an overwhelming number of entries the international panel of judges have selected the following projects as the ones that answered in a better way to the challenges proposed.
About the winning proposal the Jury has said:
“Introspective and theatrical at the same time, this “interactive storage” is like a big hug between human and technologies.”

“If we had to think completely in utopian terms and not responding to any specific building requirements, the solution we would better strive would have been a completely open space not being an architectural enclosure with the external environment. We would have hoped that its contents could be completely stored within a server connected to the Internet, open to anyone, anywhere. Rather being only an artworks container it could be an ‘interface’. Our project instead aims to be a ‘meta-museum’, which allow individuals anywhere in the world to upload and submit their own installations, video documentation, discussions, and that through the museum’s envelope, be returned to the city and to the local reality of Lavapiés. Being as a large public display, it can also resubmit information in its virtual site and the world wide web.”

“The new Digital Arts Museum of Lavapiés incorporates an existing and characteristic element of the neighborhood: “the corrala”. Through this, past and present are joined together in order to guarantee the historic memory.
The program is divided in two harmonious volumes with the surrounding, connected by the new interpretation of the corrala: LACORRALA. This element generates an interstitial void in between to allow the public access to culture and light. The courtyard captures natural light during the day and filters it towards interior spaces, which require a controlled light in order to take care of the exhibition room needs. At sunset the light box illuminates the outskirts of Lavapiés, turning in the hub of neighborhood life.”

“Where should digital art be presented? We believe it should become a place merging the analog with the virtual, a place allowing for constant redefinition of how digital can interact with the physical. We are strongly convinced DAMM cannot replicate the typology of a typical museum, providing a flexible open source experiencing of the art.
Outer skin makes it an institution active regarding of whether building is open or closed, interactive screens allow for exploration, contemplation, research or play.
[…] Open floor as well as suspended grid gives infinite options to rearrange, at the same time provide human-responsive surfaces to reflect the visitors’ behavior.”

HONORABLE MENTIONS:
Due to the quality of the remaining works, the judges have selected a group that were a good representations of what a Museum devoted to Digital Art could be, a wide array of exceptional concepts with strong theoretical support and effective communication strategies.
For the overall awarded proposals, check HERE